Activate to make primary Basic Attacks bounce between nearby enemies up to 2 times. Lasts 8 seconds. Recharge Naisha's Memento by hitting at least 2 Heroes with a single Fan of Knives.

Leap into the air, becoming immune to all hostile effects for 0. Cooldown: 13 seconds. Deal damage to enemies in a crescent area. Hitting at least 3 enemy Heroes with Fan of Knives reduces its cooldown to 0.

Maiev's next Basic Attack cleaves and applies a tether to enemy Heroes hit for 2. If a tethered Hero moves too far from Maiev, they are pulled toward her, dealing damage and breaking the tether.

Send a shadow of Maiev outward that will return to its cast location, dealing damage to enemies along both paths. If Spirit of Vengeance hits an enemy Hero, its cooldown is reduced by 4 seconds.

Reactivate to Blink to the shadow's location. Throw a glaive in the target direction. If an enemy Hero is hit, Containment Disc can be reactivated to remove their vision and Time Stop them for 4 seconds.

Maiev: The others may trust you, demon, but I am not so easily deceived! The night elves have been fighting demons for millennia. Additionally, many of Warcraft's dreadlords and eredars enjoy employing deception as a means to lure their enemies to their side.

I would love an excuse to slay you. Maiev: Illidari. While you caper about, I shall see to the real work. Even if it means releasing you. Maiev: The foul menace you serve will never conquer Azeroth , warlock!

Gul'dan: laughs Such delusion. Gul'dan: You Maiev: I've seen how you die, Gul'dan. Betrayed and desperate.

You deserve nothing less. Whilst exploring the tomb of Sargeras in search of Illidan, Maiev found blood runes made by Gul'dan as he made his way into the temple.

Throughout her journey, she read as how he would continue to struggle through the tomb before something abruptly cut him off, leaving his final rune unfinished.

Horde hero. Maiev: The Horde. Must I ally with such filth? When the orcs travelled to Kalimdor, Thrall placed the Warsong clan in charge of providing lumber for the Horde.

As a result of this logging, the night elves remained hostile to the orcs after the defeat of the Burning Legion. Maiev: Illidan! I will hunt you down for as long as I live!

Illidan: Then for your sake, I hope you die. Maiev: Did you really think you could elude me, Illidan? Run again, and I'll shackle you like the beast you are!

Maiev: I don't know, can you put on a shirt? It's distracting. Maiev: Forgive me if my glaive finds your heart, Illidan. It's hard to distinguish you from the rest of this filth.

Maiev: Allying with Illidan. I always knew you couldn't be trusted, Kael'thas. Kael'thas: Let's get this over with. At the Terror of the Tides, Kael initially aided Maiev's hunt for Illidan.

During their search, Tyrande held off a wave of undead from Kael's caravan, but the bridge she was on collapsed, washing her down the river.

Kael would later report this to Malfurion, who imprisoned Maiev for lying about Tyrande's death before working with his brother to rescue Tyrande.

In the Curse of the Blood Elves, Kael aids Illidan in escaping Maiev and imprisoning her. Kael'thas: I see.

It is you Maiev: Yes, me. The one who saved your wretched life back in Lordaeron. Maiev and Tyrande found Kael attempting to transport supplies to the Alliance and offered to accompany him.

To execute good combos and good engages you should always try to use Spirit of Vengeance from outside of enemy vision, as your opponents' time to react will be considerably smaller.

After blinking, Maiev needs to use Umbral Bind onto the closest enemy, marking all enemy Heroes nearby. Players take from 0. Derenash has been playing Heroes of the Storm since and has achieved Grandmaster in multiple seasons, peaking at Top 1 in Season 3 and 4 of He participated in the HGC Copa America in where his team had a strong victory.

He is passionate about teaching others about the game, and streams often on Twitch in Portuguese, and you can find him in Wind Striders' Discord as well where he is happy to answer any questions in English or Portuguese. 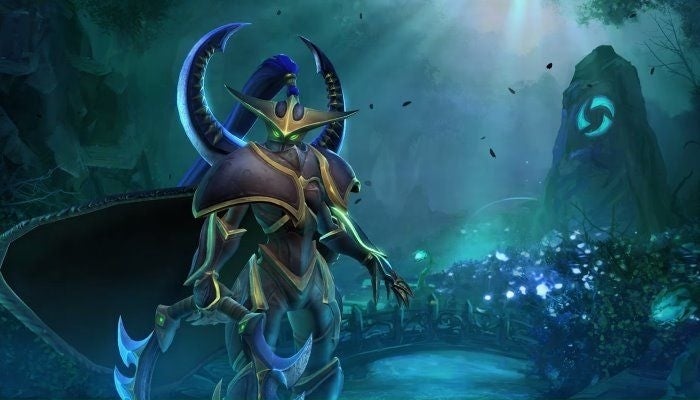